Bridget Kibbey
about
multimedia
calendar
contact
...view past events
“...a Yo-Yo Ma of the harp...”
biography press discography
print
music photos video
biography press discography
Kibbey made it seem as though her instrument had been waiting all its life to explode with the gorgeous colors and energetic figures she was getting from it.
Like a Yo-Yo Ma of the harp…Within a few seconds Kibbey has given the harp an outsized personality and ethereal purity, like a piano set free of its hammers and heavy case.
The star of this particular evening [Carnegie Hall, Classical Recording Foundation Awards] was harpist Bridget Kibbey. While the classical concert harp probably isn’t the first instrument that you would think of as being badass, Kibbey makes it that way. Praised for her DIY aesthetic, she lends her unorthodox virtuosity and powerful attack to a nonstop series of new commissions…
Harpist Bridget Kibbey's recital at the Phillips Collection on Sunday went from beauty to rarefied beauty in an eclectic hour-long program. The dazzling runs, complex poly-rhythmic figures and chiming of bell-like harmonics all made their effect, thanks as much to Kibbey's formidable technique as to the canny writing of the composers and arrangers on offer...
Ms. Kibbey, a performer who seems to revel in the sheer physicality required to coax a vast range of exacting expression from her stately instrument, was a delight to watch and to hear...And Ms. Kibbey was a marvel once more, her dramatic sweeps and robust lines repeatedly cause for shivers...
"...the marvelous harpist Bridget Kibbey...

Even after the stranger's arrival -- Kibbey knocked on her harp's wooden frame -- the piece retains its sheer beauty. Sunday, in the final suspense-filled moments, the harpist seemed to be gathering up baskets of opulent sound, bundles of arpeggios, floating them out into the concert hall."
Kibbey was an especially dynamic presence, not just in her playing -- she took a virtuoso turn with the quartet in Debussy's "Danses sacrée et profane," a performance marked by crisp phrasing and driving energy -- but also in her remarks to the audience. The format of these concerts involves musicians' comments from the stage in lieu of program notes, and there's generally a certain level of endearing awkwardness involved, but Kibbey took to the microphone like a seasoned pro after Debussy's Sonata for Flute, Viola and Harp, briefly explaining with clarity and confidence the significance of the piece (it was the first major work for those forces) and relating the music to Debussy's life (he was dying of cancer when he wrote it, and the first movement hints at the narcotic fog he was experiencing). An Avery Fisher Career Grant winner, she's a student of former CMNW regular Nancy Allen, so her appearance carried a sense of the torch being passed...
Everything about Love Is Come Again, from its unconventionally attractive packaging to Adam Abeshouse's exquisite recording, attests to Kibbey's professionalism and imagination. Perhaps inspiration would be a better term, given this program of underexposed works by innovative composers moved to write for the instrument after encountering a major player. À la Française, the first of André Caplet's Divertissements, offers the frilly ripples one would expect in a solo-harp recital, but Kibbey's range of touch in the second, À l'Espagnole, forecasts subtler pleasures ahead. Performances of Germaine Tailleferre's Sonata, Benjamin Britten's Suite for Harp and Elliott Carter's Bariolage are technically assured and full of character. In Every Lover Is a Warrior, the promising young composer Kati Agócs spins folk materials into a powerful, ruminative suite. Add it all up, and calling this a strong contender for the year's most distinguished debut CD doesn't seem like an overstatement...
Bridget Kibbey brought blazing power and finesse to the intricate part, which swept and lunged through open spaces amid glittering wind and string figures...
Under normal circumstances, a solo harp recital would not have been on my bucket list. Until, that is, TCCA's Third-Sunday breathtaking presentation of the world-leading harpist Bridget Kibbey. I had never been to a harp recital. I could not name a classical work for solo harp. I knew of only two harpists. I could not say how a harp produces the notes of the chromatic scale (seven pedals are the secret,) and I had no idea how the harpist creates such a range of sounds just by plucking a string (it's the physics of vibration.)...
"In the Carter, harpist Bridget Kibbey, at once confident and delicate, displayed her instrument’s wide-ranging vocabulary for music, revealing ever-fluctuating tempos, lightning-fast leaps and the chordal richness of the piece."
Harpist Kibbey was a beacon of comprehension, her gradations of color and volume steeped in the music's meaning...
Bridget Kibbey, the harpist in Canticle V, caught the various shades of glitter and menace in the music...
The most familiar piece on the program was the Introduction and Allegro for Harp, Flute, Clarinet and String Quartet. The assembled forces, especially harpist Bridget Kibbey, found all the considerable enchantment in the music...
That's not to say that the evening was without its rewards. Harpist Bridget Kibbey spearheaded a graceful, dynamic account of Debussy's "Danse sacrée et danse profane," marked by forceful rhythms and a robust tonal presence.
...the work brought out the supplest, most affectionate playing the violinist Cho-Liang Lin and the harpist Bridget Kibbey could muster...
As a young girl, Bridget Kibbey heard a harpist in her church and, appropriately enough, had a religious experience. Now the young artist, who has racked up countless awards—including the Avery Fisher Career Grant she used to fund her divine solo CD, Love Is Come Again—has become well known for fostering new works, and for catholic tastes that push her angelic instrument into a wider playing field. We caught up with Kibbey as she made her way home from a gig in New Jersey to discuss her upcoming show at the Stone on Tuesday, May 18. Click past the jump for more on her love of bluegrass, how she hauls a harp around New York and what she thinks classical music could learn from salsa clubs...
All the works on Thursday’s program were written in the past 10 years, except for “Bariolage,” a six-minute fantasy for solo harp, created in 1992, when Mr. Carter was a spry 83. It was played beautifully here by Bridget Kibbey.
June Han and Bridget Kibbey gave a mesmerizing account, their harps twinkling, rippling and bristling in alternation and in tandem as they cooed, murmured and chanted the text...
"...Kibbey’s bravura and sensitivity, especially in her cadenza, outlined the music’s intriguing mix of timbres, thorny sonorities, wailing glissandos and chirping pizzicatos echoed in the strings. "
print

Bridget Kibbey and the Sebastians, FULL Harpsichord Concerto in 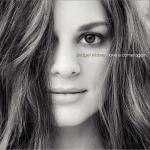